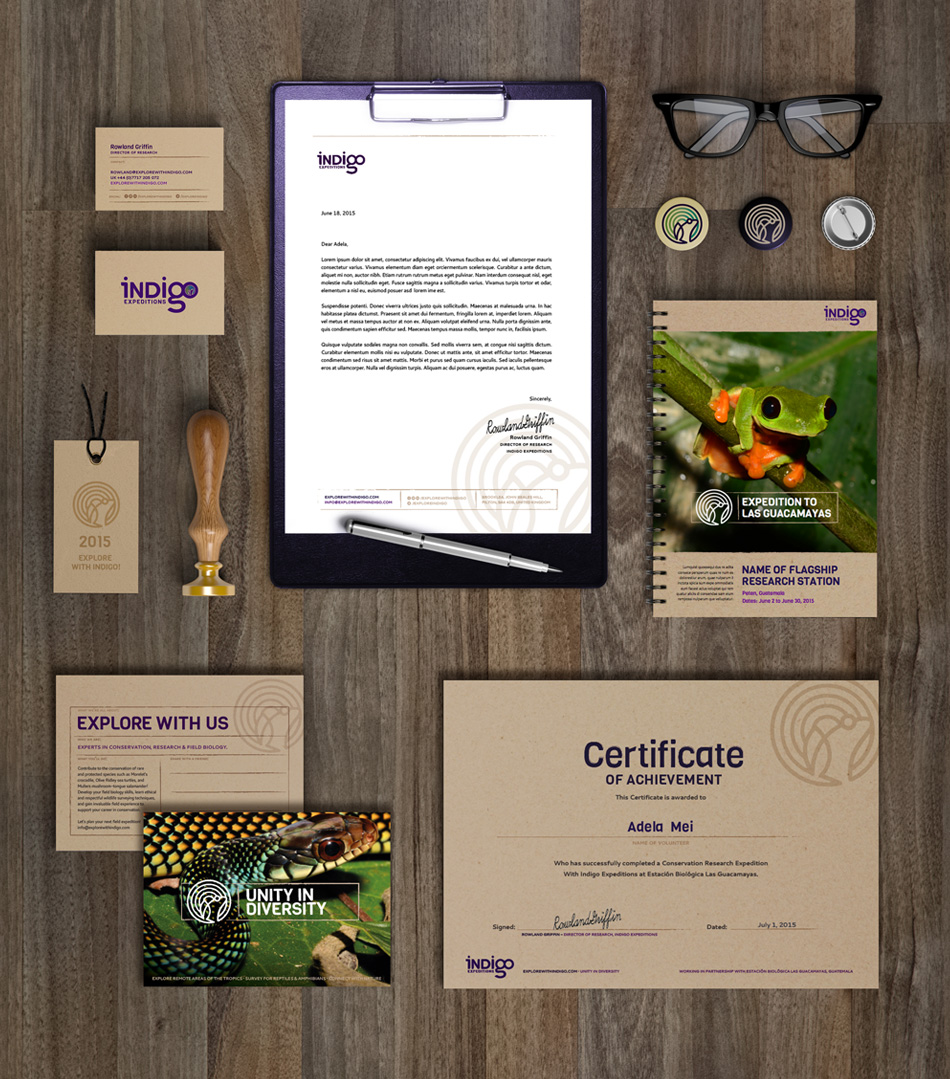 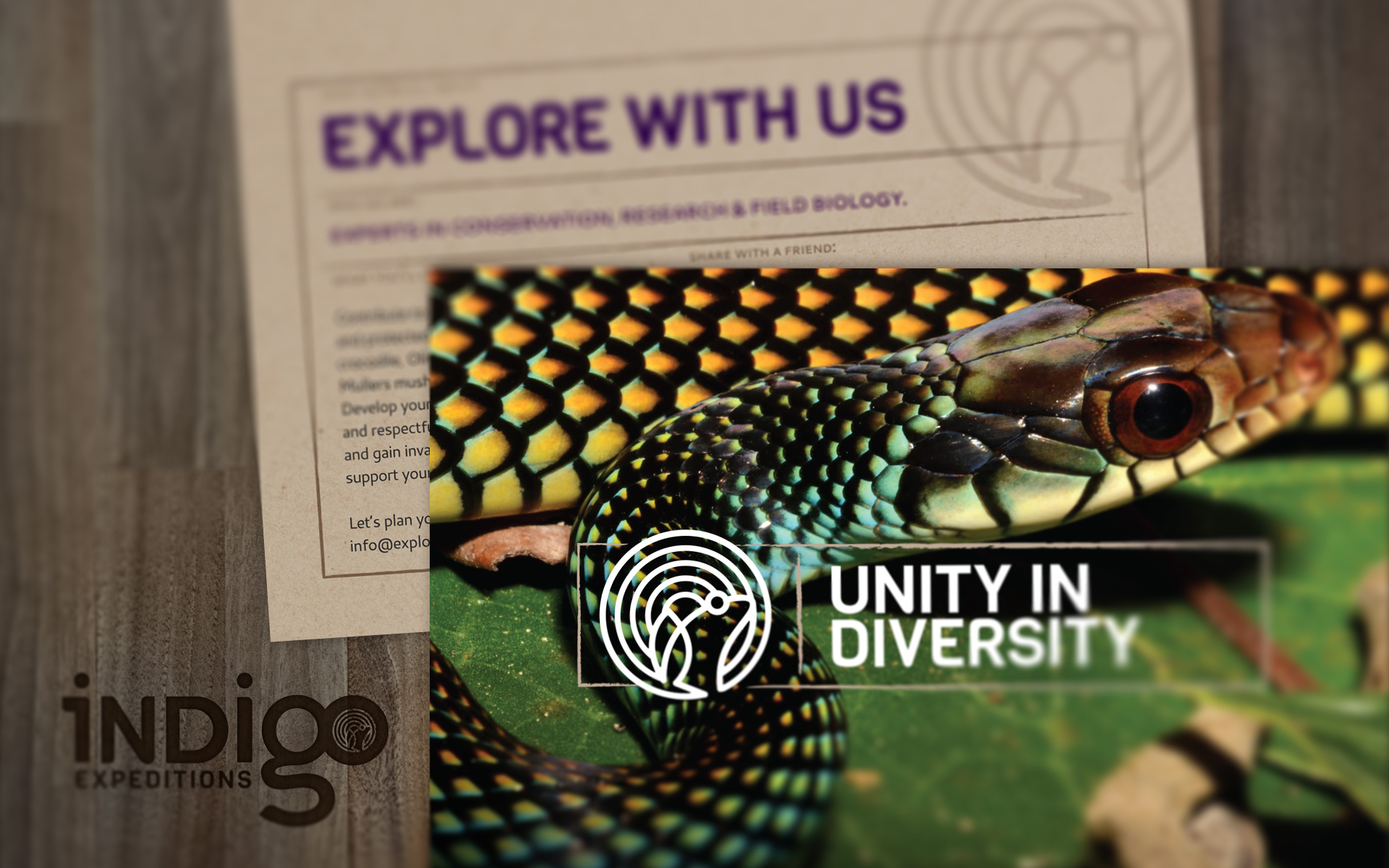 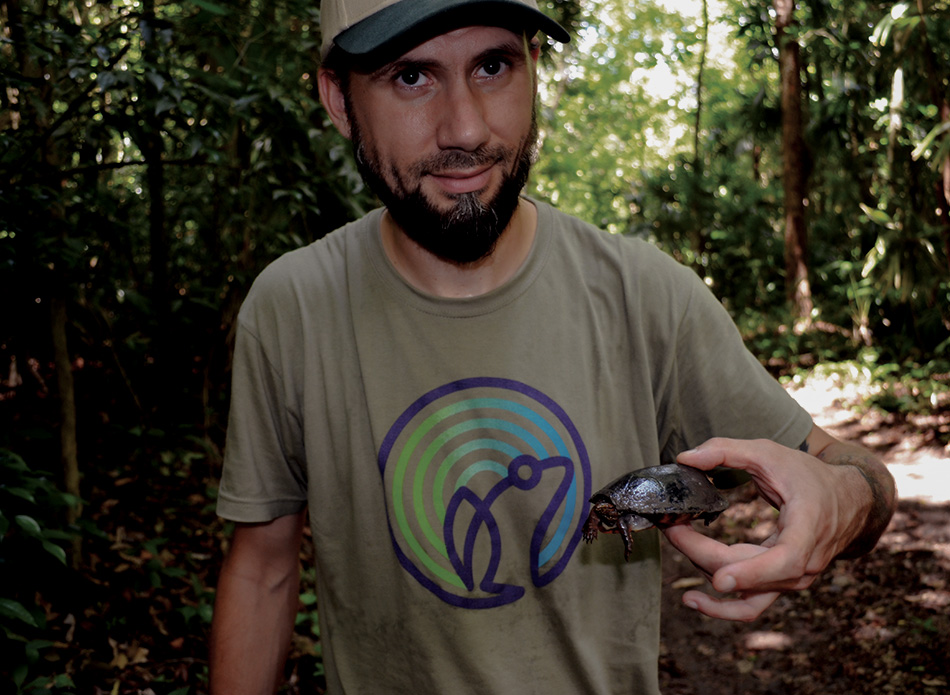 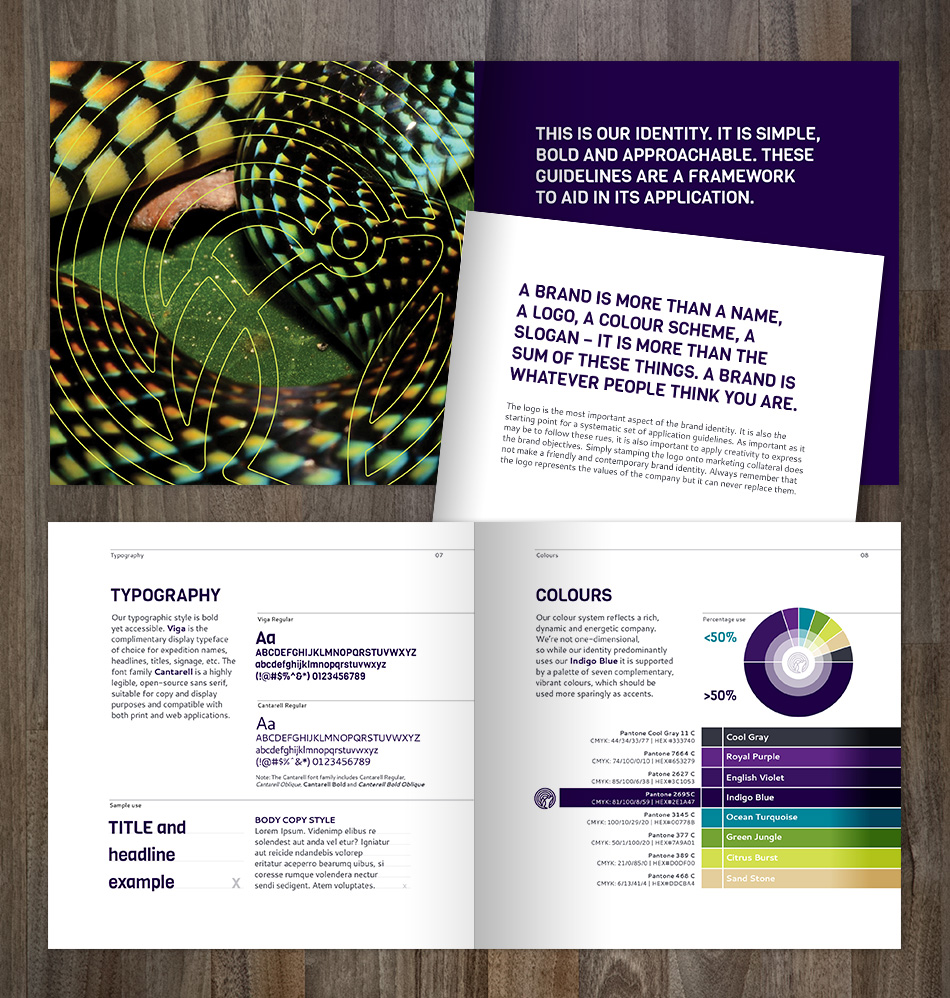 Prior to having an established name or identity, Indigo Expeditions approached o2creative for some strategic advice on how to best establish itself as a leader in the field of herpetological research and conservation. Led by one of U.K.’s foremost researchers in the field, Rowland Griffin, his newly founded non-for-profit organization needed a visual identity to match the reputation of their hard work.

Opting for a name that would capture the essence of the organization – supporting conservation, education and research efforts in herpetology through field research – Indigo Expeditions was born.

In designing the visual identity, we emphasized the action –  the ‘GO’ in Indigo, it’s sinuous shape akin to the form of a snake, places a strong focus on Indigo Expedition’s field exploration.

The concentric circles within the ‘O’ focus in on a stylized frog, conveying both the human connections of Indigo’s community as well as the strong and inherent link to nature,  The frog icon, synonymous with Indigo’s conservation efforts, became the brand ‘mascot’ appearing on all swag and collateral as a stand-alone feature.