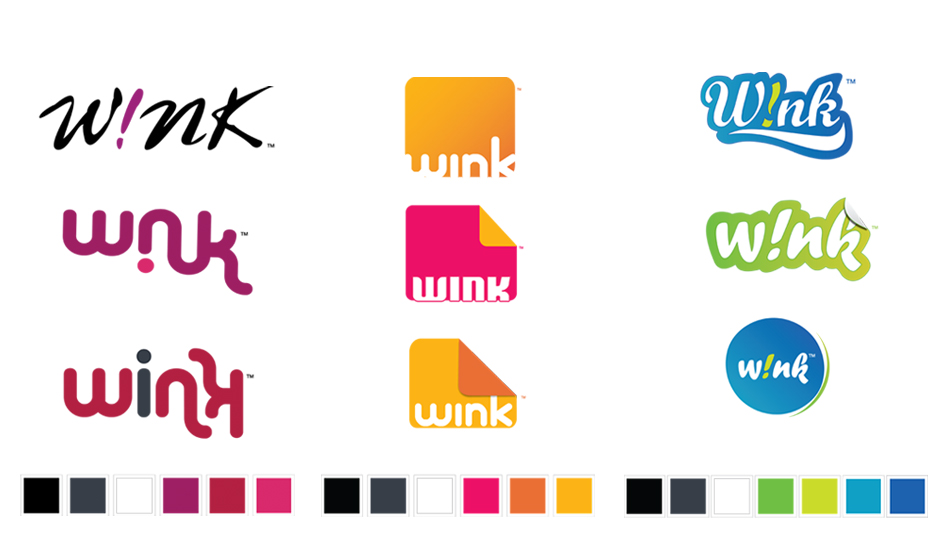 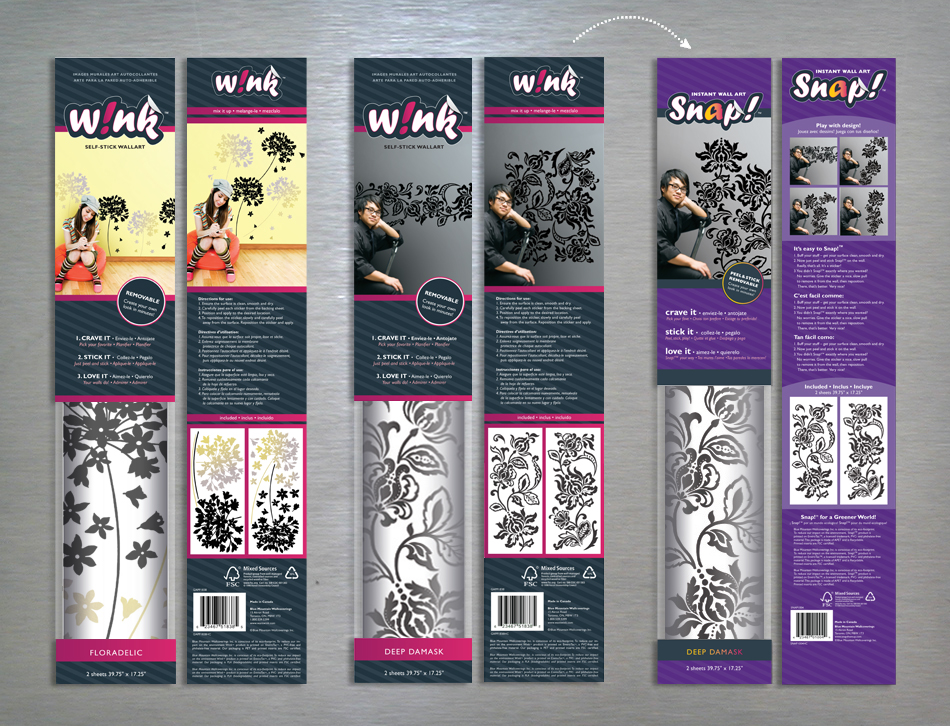 Blue Mountain Wallcoverings, a company known for its wallpaper, developed a new product in wall decor, targeted at a significantly younger demographic.

Self-stick, removable wall art was becoming hugely popular in niche markets, and this competitive product would be the first to use chain retail stores such as Lowes, Walmart and Home Depot as a distribution channel, where it would sell alongside paint and wallpaper.

In order to captivate the attention of our target audience in an already busy retail space, the brand had to stand out. The goal was to create an image of a product that was fun and funky, young and hip and most importantly – easy to use. The packaging, as always, also needed to cater to a wide market with a single design, requiring three languages (English, French and Spanish) to be accommodated within the design.

The process begun with finding a new, catchy name for the product. Establishing Wink as the new brand took months of research and approvals in North America. It was in the final stages of packaging design for Wink that the company discovered a similar name brand with a comparable product already available in China – a market that Blue Mountain Wallcoverings was also beginning to penetrate.

In order to avoid confusion and potential issues in the future, the name was revised to Snap! and the packaging was updated along with it. Subsequently a kid-specific line of wall art was also developed with product designs targeting an even younger audience.

Snap! became a full-fledged line of wall art, including three different art sizes, famous quotes, and kids designs. The packaging was colour coded to identify each product size and in-store displays were created to launch the product at major retailers across North America.